Yesterday I went to Evoswitch to find out why my other server was not reachable anymore. I tried to send a ACPI reboot signal from remote but the server didn't respond to it.  I had that moment again that I could smash my head to my desk. 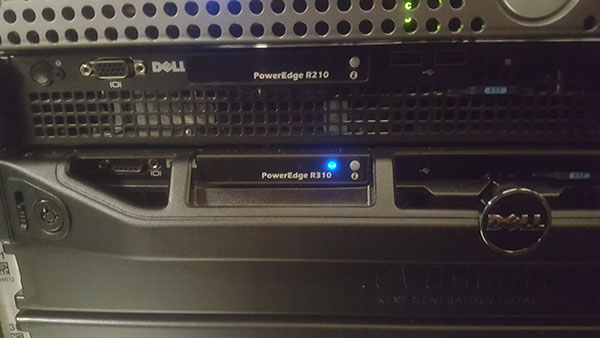 When I installed the R310, I migrated completely from the R210. I also switched the IP address because of my mail server reputation. It's hard to build one up so it would be a waste not to use my old IP. So the R310 is configured as Server001 and the R210 is running as Server 002.  I thought I was done but forgot 1 thing....THE POWER CABLES!. 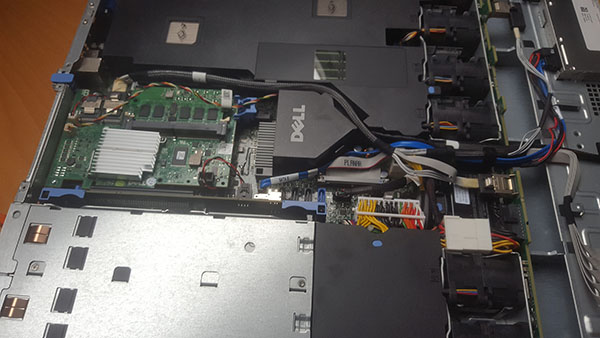 I installed Fedora 25 with Docker to try some cool things out with Docker. It's cooler to  run it on your own colocated server than in a VirtualBox on your workstation :D.
The nice thing about Fedora is that it runs on the newest packages so I don't have to mess around with 3rd party respo's which were required on CentOS. Running on bleeding edge release can have it's benefits or can even turn out very badly. But you can tell the same about the dependency hell you get by using 3rd party repositories.

Like you see it's a fucking mess. No not my hair, but the servers I'm talking about the servers hanging on 2 screws without rack rails. I mean this server could  "crash" literally from the rack down. 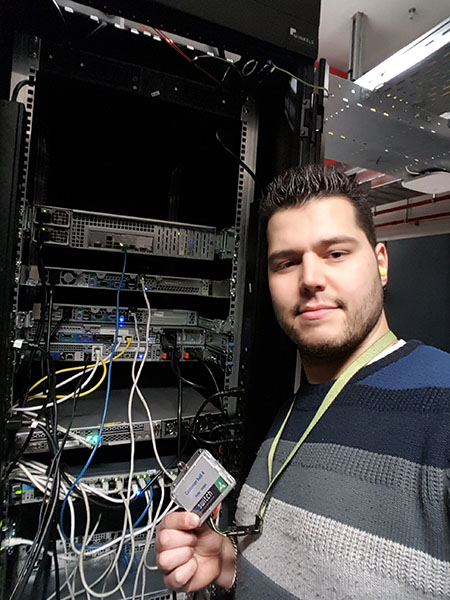